We arrived in beautiful Bermuda early in the morning. I had woken up at around 7 am because I was so excited to see this gorgeous country. When I saw we were approaching the island, my heart started racing and I couldn’t believe this was happening. It was a dream coming true for me! Anyways, after we all walked off the ship, we weren’t sure where to go. There was a bit of confusion because there were no signs for our excursion so we almost ended up going on a public bus to the beach. Eventually we found our group, after most of them were already packed like sardines in the vans. I was lucky enough to sit up front and take some pictures and videos. The pictures were taken through a window, so they aren’t the clearest. The excursion we bought had a van personally pick us up and take us directly to the beach, Horseshoe Bay. The ones who took the public bus from the ship were dropped off on top of a hill and had to walk down to the beach. 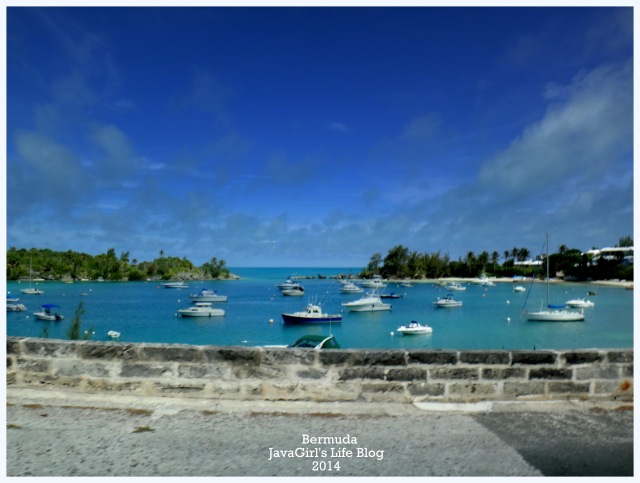 Just one of the many marinas we passed. They were all over the place, obviously, yet each one was different. If you know me by now, you would know that I love marinas. They are extremely picturesque! 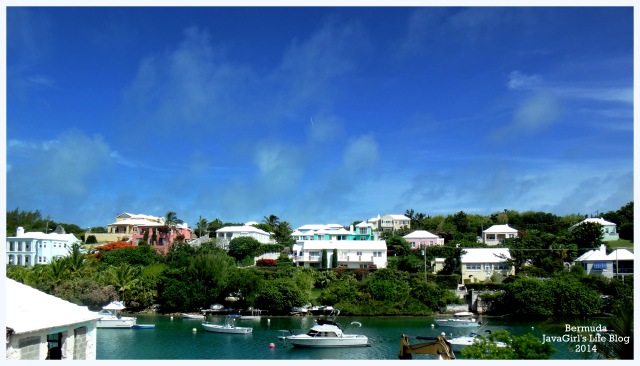 Love the different colors on the hills of houses by the water. So pretty. 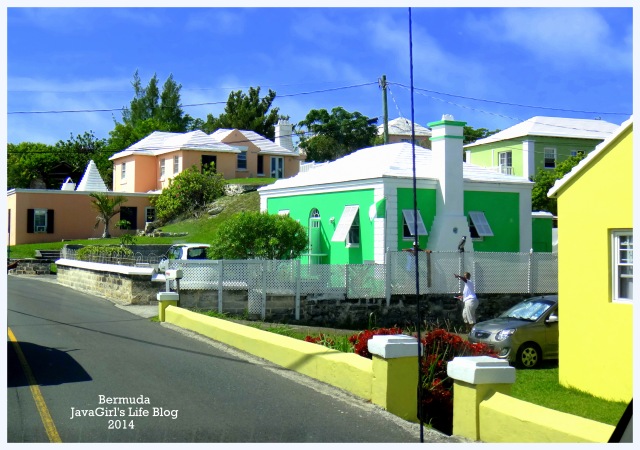 Our driver told us that in Bermuda people are allowed to paint their homes any color they want. We saw every color in the rainbow except brown and black. He even said that they can judge a person just by how clean and white their rooftops are. For example, if a house has a dirty rooftop where it does not shine or gleam of white, then people are pretty sure inside the house is unkempt and therefore would not want to eat in their home. They are by law supposed to scrub clean and paint their roofs every two years with a certain white paint. They rely on rainwater for their drinks and often get it from their roofs, hence the outer appearance of a roof on a house. I did not know that and found that very interesting. It is hard to grow vegetables to buy in a big store, so most people grow their own vegetables. Much of the food in Bermuda is imported which explains why eating out can be quite expensive! 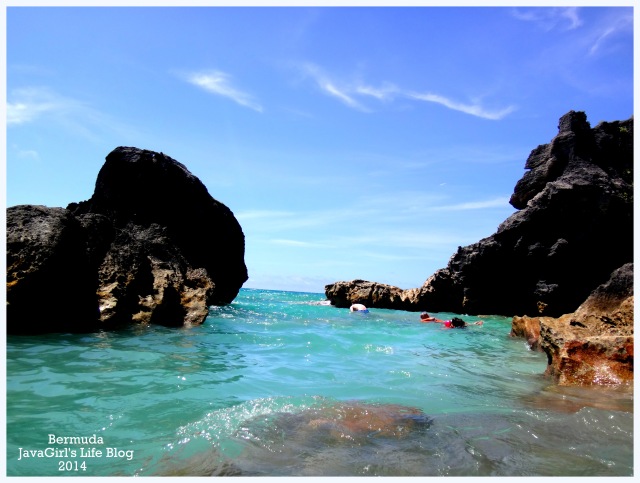 Yes, the water was perfect and so warm! I hung around this area for about 15 minutes just allowing the current to move me gently. Laying on my back having the sun drench me in its rays and feeling like I was on top of the world was one of the best feelings I have had in a very long time. This was exactly what I wanted to do once I came here. I didn’t think about work or any stresses of life. It was perfect-until a kid splashed me and got salt water into my nose making me suddenly jolt up from my dreamy state of mind. But with a smile because I was in paradise after all. 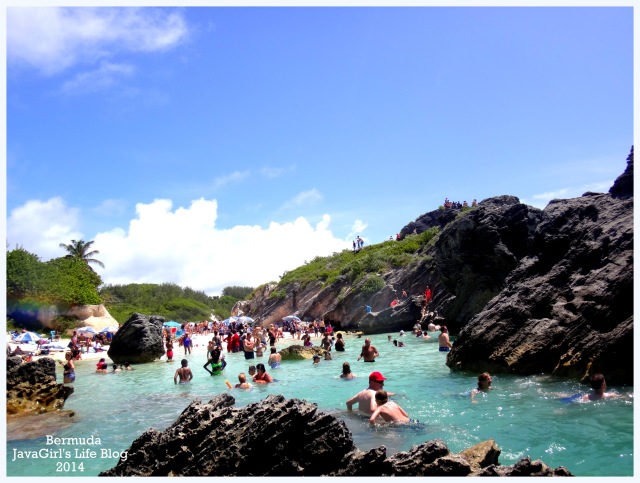 Horseshoe Bay is a very popular beach! It’s a public beach so it was fun to hear and interact with the locals. Except maybe one person who was swimming around. She creeped me out for some reason. She just stared at me and was talking a language I didn’t know. Her eyes were not exactly friendly as she moved closer and closer to where I was. I didn’t know if she was talking to herself or something else. I quickly swam away from her clutches and proceeded to explore other non-creepy things. From this view, you can tell I am getting farther and farther away from the masses and venturing out on my own to explore what was around the corner. Beyond the rocks was the bigger beach that several hundred people went to. I love small, intimate beaches so that’s why we came to Horseshoe Bay.

So I swam around a corner to explore and came across this! The water was somewhat shallow, but the current was still powerful enough to knock you off your feet. The one thing we had to endure and be careful of were the rocks under the water. Some rocks were smooth and others were razor sharp. I still have scratches at the bottom of my feet, but nothing deep or alarming. The water was a light emerald color because it was in shallow waters. I couldn’t believe all the shades of blue Bermuda has in its waters! So pretty! I felt like I stumbled across a blue lagoon scene when we swam around here. People noticed and then more and more people started to swim over to where we were. People on the beach who only stayed by the beach and didn’t venture out beyond the rocks would have never seen this area. There are always benefits to exploring around a bit. I’m an explorer by nature anyways, so this was nothing new.

The water. The water!

From this vantage point you can see a cliff edge straight ahead. It was there that I decided to stand and take some picture. From that stand point, you can see below to where I am at from above.

I chose a small area away from most of the crowd and put our things down there while we swam around. Once I was pulled out of the water (because if I had my way, I’d want to stay in the water forever and call it a day), we noticed a little opening to a tunnel that lead somewhere. Adventure Boy suggested we go check it out. We entered it and saw this big opening to the sky and a 60 degree angle to the top. We had seen two kids come out from the tunnel, so they must have climbed down from the top. Adventure Boy started to climb up, but decided not to last minute. I looked up and saw what looked like a slide from the top! On the cruise, they offered rock climbing. Pff. Honey please. I was going rocking climbing for real! With two cameras in hand, I began my climb up. It was hard and very slippery. It was truly rock climbing; good thing I used to be a gymnast because I felt like bending and stretching all kind of ways. 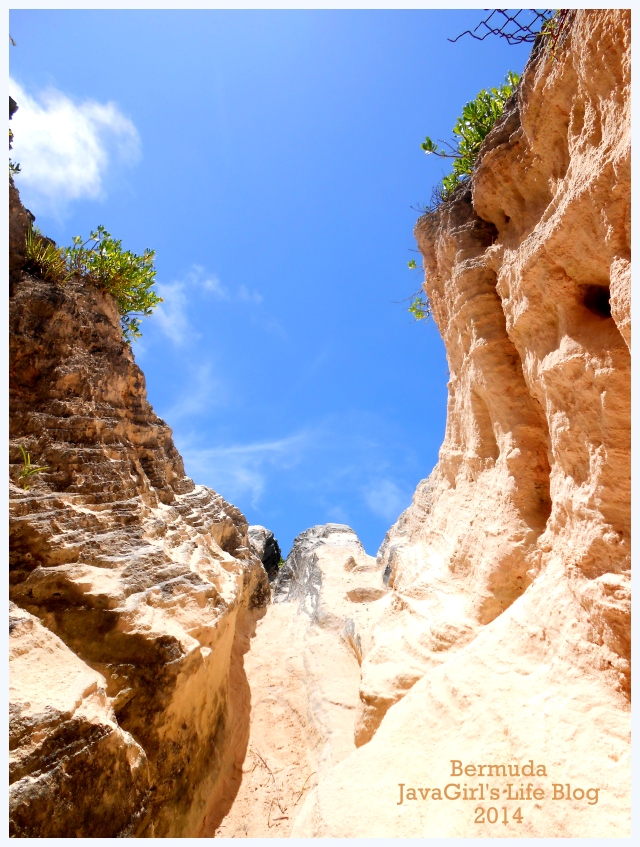 Whew! Almost halfway there! The things I do for my lovely subscribers! 😉 No, seriously. My curiosity was getting the best of me. Other people had climbed other rocks/cliffs on the other side which you will see in the video below, but I was the only one up on this one (just the way I like it). It was worth the climb though because this is the shot I got! This picture reminded me of my dream from a few posts ago that I wrote about. Remember? I was standing on a cliff looking below? It was nothing like where I was standing, but it reminded me of my dream.

This picture looks like a huge hand with its hand cupped. Can you see the fingers? Hand of God? His present to me! See the beauty I have created before you! If you look closely, you will see a little platform at one of the “fingertips” where I sat and looked below. I wish someone had been behind me to take a picture of me sitting at that little platform.

You had to be here to feel the weather, the sun, the beauty and the moment of having a scene take your breath away. I sat here for a little while without filming or taking pictures-it was quite lovely and a moment that only my mind will always remember. 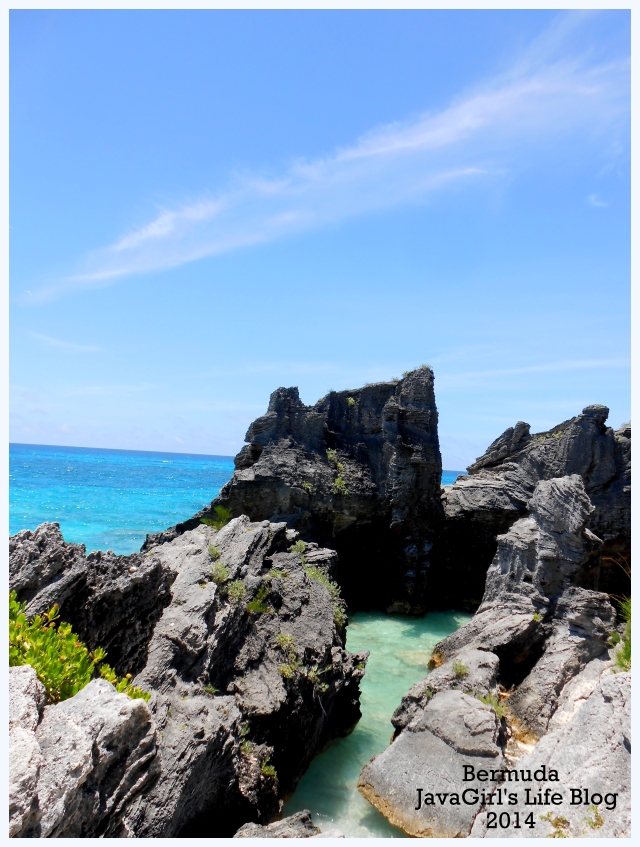 Earlier I had mentioned that cliff. Here I am at that cliff looking down at the emerald small swimming area where I was.

Overall, I felt relaxed, at peace, warm and saturated by the ocean that I love so much. I’ve been to many beaches in my life and the temperature of the water was unlike I had ever felt. The sun, the beach and everything that goes with it is what I am. It reflects my soul and spirit.

Here is a short video of my pictures. If you go to my vimeo page, you can click play then push “stop” until you see the buffer bar completely go to the right. Then press “play” to get a non buffered play of the video.

I was sitting up front and the passengers in the back were asking the driver some questions. I asked questions, but they were not on film. We actually had a wonderful conversation on the way to the beach talking about Brazil, soccer and Bermuda. Our driver was so sweet and informative. He told me a lot of Brazilians live in Bermuda and I saw many houses with Brazilian flags outside! Viva Brasil!

I’ll be back with more pictures of St. Maarten. It takes a while to upload and edit the videos. I took lots of pictures and lots of hours of videos of the four countries we went to, but I had to condensed it for my blog.

I highly recommend visiting Bermuda!! I am already thinking of when I will return and staying much longer. This is a place you want to bring someone very special to or a family trip to remember.

If islands could serenade me with a song, I’d want Bermuda to sing this song to me.

“I will Possess Your Heart” by Death Cab for Cutie

There are days when outside your window
I see my reflection as I slowly pass
And I long for this mirrored perspective
When we’ll be lovers, lovers at last 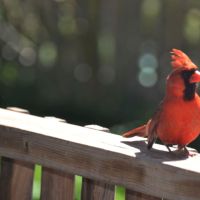 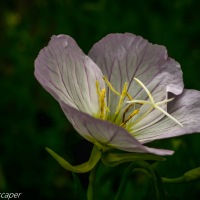 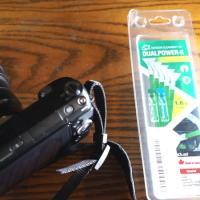 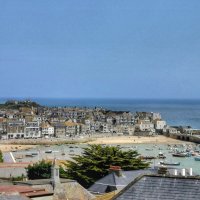 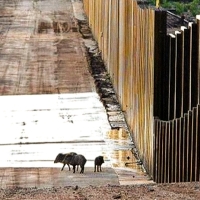 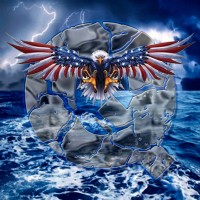 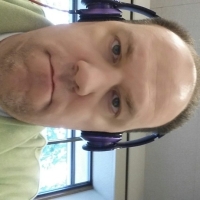 Aren't songs of grief lullabies to the lost?

The Tale of How a Prince Was Conned and Made to Look a Fool by a Grifter ~ Please DON'T COPY AND PASTE OR READ OUT (On YouTube) ARTICLES without PRIOR permission. Use the repost and share buttons .

as opposed to a “not thinking chitalia”

Shreya Vikram
LET'S TALK ABOUT IT

My Blog
Write From the Heart